Start now and support us.

We are all Social Alpha. 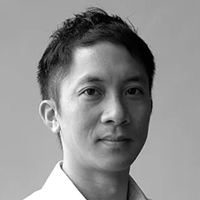 Jehan Chu is a partner at Kenetic, an institutional Blockchain platform. A Blockchain evangelist since 2013, Jehan founded the Ethereum HK Meetup, Hyperledger HK Meetup, and is also a founding member of the Bitcoin Association of Hong Kong. Jehan is an Advisor to Melonport, Google EYE Program Mentor, SUSS Fellow, Vice Chairman of Para Site, Board Member of Design Trust and also a Global Patron of San Francisco Museum of Modern Art. 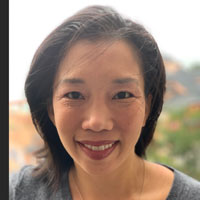 Prescille leads strategic, fundraising, and overall management efforts as the Executive Director of Social Alpha Foundation (SAF). In addition, Prescille works closely with the Advisory Committee to review, vet, and distribute grants to blockchain initiatives in the social sector. In her most recent role, Prescille led fundraising efforts in Asia for the University of Chicago Booth School of Business as part of their most recent $5 billion Campaign. Prescille also has over 20 years of experience in strategic consulting, corporate finance, and operations at American Express, Lehman Brothers, Warner-Lambert, and General Electric Capital Corporation. Prescille received her BS at Northeastern University and MBA at the University of Chicago Booth School of Business. 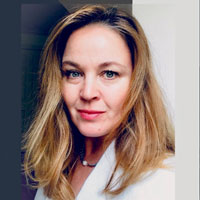 Katherine is the newly appointed Social Alpha Foundation Fellow, the Community Director of the Open Earth Foundation (USA) and a lead consultant on the UN Task Force Dialogue on BigFintechs and Sustainable Development. A former diplomat, she has been spearheading impact innovation initiatives for over 25 years. Katherine has held leadership roles at Climate-KIC (Europe's flagship climate innovation partnership and accelerator) and the Green Digital Finance Alliance (Ant Financial-UN NGO) including as Sherpa to the UN Task Force on Digital Finance. She has served as an advisor to United Nations and World Bank initiatives, to numerous accelerators and to award-winning start-ups including MIT Solve 2018. A Swiss-Canadian (Métis), Katherine holds degrees from McGill, Western and the University of Edinburgh. 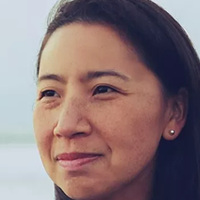 Senior Advisor at the Institute for Transformative Technologies, Board Member of Regents at Mercersburg Academy. Karen is Former Vice-President at WHP (World Health Partners) where she started and grew the global health organization that uses technology innovations and market-based approaches to bring healthcare within walkable distance in India and East Africa. She has worked in the Lawrence Livermore National Laboratory, Oracle Corporation, and the United Nations Population Fund China. Karen holds a bachelor of science in chemical engineering from Johns Hopkins University, a master of science in biotechnology from Northwestern University, and a master of public health from the University of California, Berkeley. 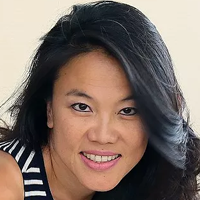 Former Managing Director of Conservation International Hong Kong. Jude lead Conservation International’s (CI) Hong Kong program, which works to accelerate the city’s leadership in urban and corporate environmental sustainability. CI-Hong Kong focuses on helping Hong Kong value and invest in safeguarding the natural wealth that its people depend upon for freshwater, food and economic prosperity. Jude holds a B.A. In Politics from Princeton University and a Master in Environmental Management from the Yale University School of Forestry and Environmental Studies. Among her passions are long hikes in vast wilderness areas such as Patagonia. 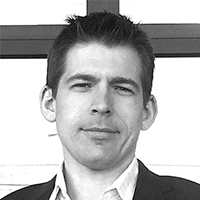 Matt Chwierut is the Research Director at Smith + Crown. He guides a research team in evaluating new cryptocurrency protocols, authoring briefing memos on key emerging topics, and reviewing countless white papers and is a Fellow at the Singapore University of Social Sciences. He holds degrees from University of California Berkeley and Stanford University.

Brian is the founder and CEO of Smith + Crown. He is the Chief Research Adviser to the Digital Chamber of Commerce's Token Alliance and a Fellow at the Singapore University of Social Sciences. Previously, he founded the Bright Iron Group, a design, strategy and user experience consultancy based in NYC and has held positions at Microsoft and DDB. 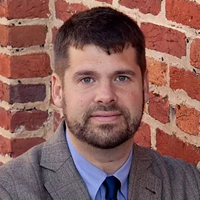 Dr. Matthew Green, a cryptographer and security technologist, has twenty years of industry experience in computer security. Dr. Green is an Assistant Professor of Computer Science at the Johns Hopkins Information Security Institute. He specializes in applied cryptography, privacy-enhanced storage systems, and anonymous cryptocurrencies. Dr. Green led the team that developed the first anonymous cryptocurrencies, Zerocoin and Zerocash. His research team has exposed flaws in more than one third of SSL/TLS encrypted web sites as well as vulnerabilities in encryption technologies, including RSA BSafe, Exxon/Mobil Speedpass. 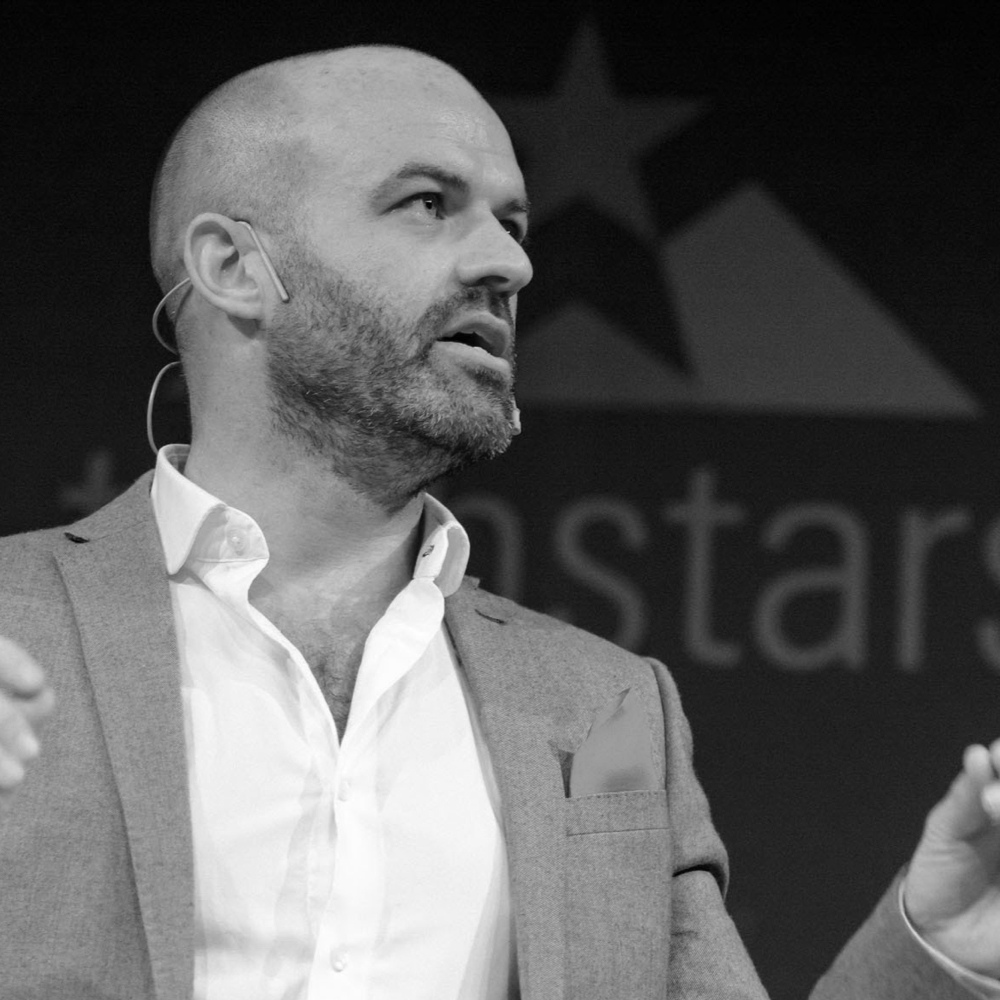 Joseph is the CEO and Co-Founder of AID:Tech, the world’s first company ever to deliver international aid using blockchain technology. Joseph co-founded AID:Tech in response for the need to increase transparency and donor engagement. His vision is to empower individuals with a legal digital identity so that aid, remittances, welfare, and donations can be sent directly to end beneficiaries. Joseph is the United Nations Sustainable Development Goals Pioneer for blockchain technology and the worlds 22nd most Visionary Leader. 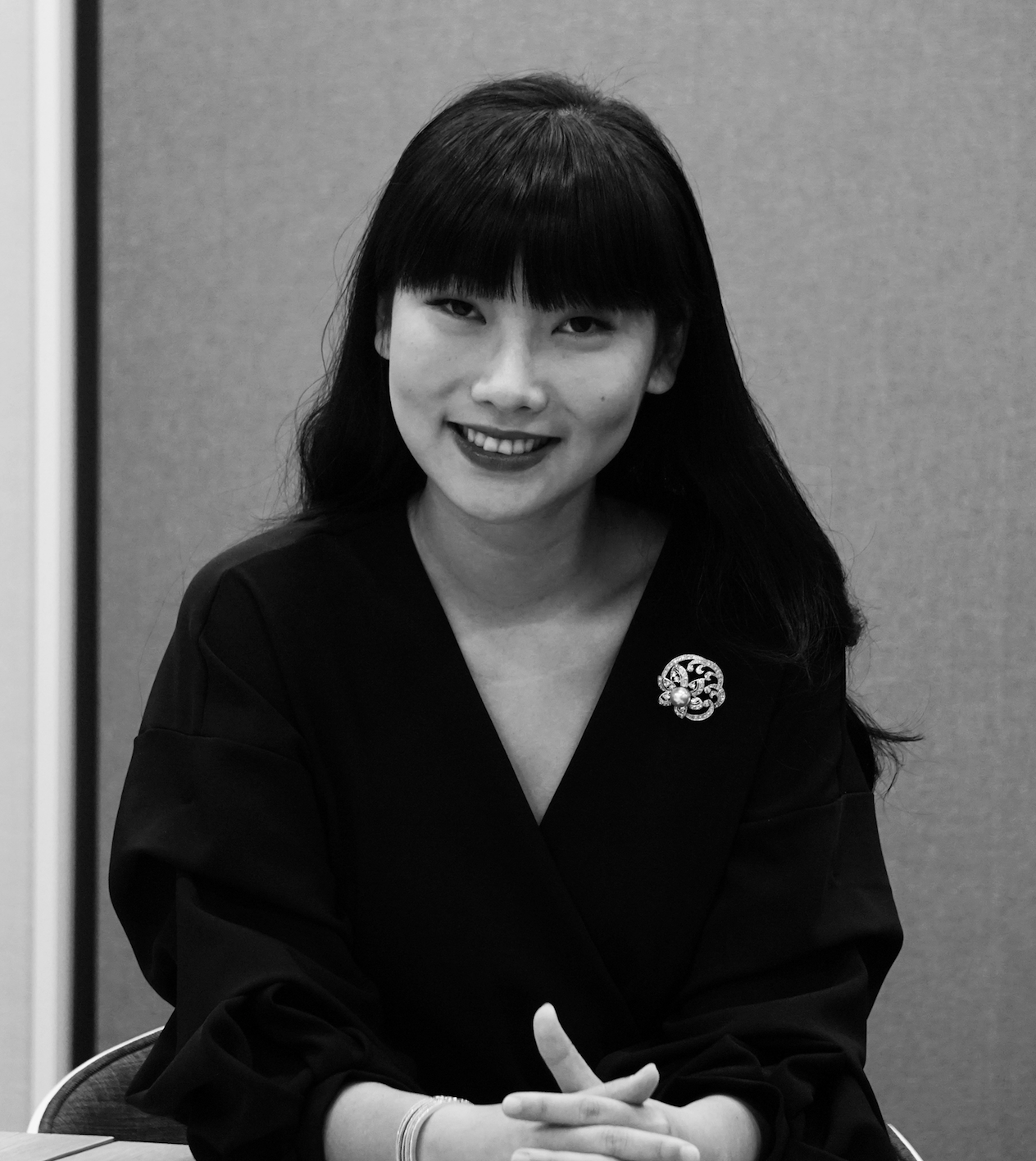 Nydia Zhang is a Cryptocurrency investor and Blockchain enthusiast. She is the Fund-raising Committee Member of the Hong Kong Society for the Protection of Children (HKSPC), Co-Chair of Financial Literacy & Inclusion Committee at The Fintech Association of Hong Kong (FTAHK) and also sits on the Global Patrons Board of San Francisco Museum of Modern Art. 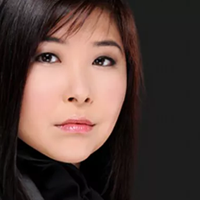 Sandra Ro is CEO at Global Blockchain Business Council and former head of digitisation at CME (Chicago Money Exchange) Group. She assumed this role in early 2016 after serving as executive director, FX research & product development. She spent four years in the Global Capital Markets division of Morgan Stanley, where she served as vice president in event driven/M&A FX derivatives advisory. Before that, she spent three years as an associate at Deutsche Bank as an FX structurer on the London trading floor. Sandra also serves on the board of directors of the Yale University Alumni Fund. 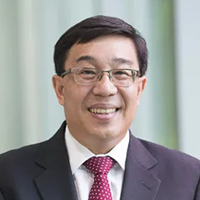 Prof. LEE is a Visiting Fulbright Scholar (2015) at Stanford University and Professor for Fintech and Blockchain at Singapore University of Social Sciences (SUSS). He was the Director of the Sim Kee Boon Institute for Financial Economics at Singapore Management University. His latest two books entitled “Blockchain, Digital Finance and Inclusion” by Elsevier have just been published in Sep 2017.He graduated with BSc, MSc and PhD from the London School of Economics and Political Science. 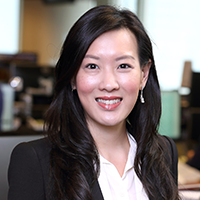 Joyce Tam is an Executive Director at Goldman Sachs within their Private Wealth Management. She also advises non-profit organizations and foundations on their liquidity and portfolio needs. Joyce is a co-founder and serves on the board of directors of Design Trust, an initiative of the Hong Kong Ambassadors of Design. She also volunteers for a number of charitable organizations, including the Dragon Foundation, Hong Kong Federation of Youth Groups, Hong Kong United Youth Association, Youth Elites, and World Vision.

Yoshiyuki Yamamoto is the former Special Advisor for UN Engagement and Blockchain Technology at United Nations Office for Project Services since 2016 and co-editor of the book “Legal Aspects of Blockchain” published by UNOPS and Dutch Blockchain Pilot Project sponsored by Netherlands Government. With more than 25 years of experience in the UN system, Yoshi had spent his career since 1993 working for UNHCR, IOM, UN RC/HC Office, PKO in the post conflict, humanitarian and peacekeeping operations such as Pakistan, Afghanistan, Jordan and Iraq. Later on joined UNOPS HQ in Copenhagen and UNOPS NY where he adopted various digital solutions as the Director for UNOPS Peace and Security Centre managing PKO and humanitarian projects in 23 countries. He attended Osaka University, University of Southern California and Oxford University and holds B.A., LL. B and LL.M.

King & Wood Mallesons (KWM, 金杜律師事務所) is a multinational law firm headquartered in Hong Kong. KWM is the first and only global law firm based in Asia and as of March 2015 was the largest law firm headquartered outside of the United States or European Union. It is the 6th largest firm in the world by number of lawyers and one of the top thirty by revenue, as at 2015.

Alice is a social funding and impact management platform built on the Ethereum blockchain. It helps social organisations (charities, NGOs, social enterprises) to run projects transparently, using smart contract-based incentives to ensure their impact is independently verified and accessible to everyone. This makes it much easier for funders (philanthropic organisations, impact investors, small donors) to identify and scale social projects that demonstrably work, while reducing due diligence, monitoring, reporting and other transaction costs.

Smith + Crown is the world's leading Blockchain Research Firm and provides intelligence, data, analysis and cryptoeconomic research across the breath of the industry, it's markets and organizations. At Smith + Crown we are passionate believers in the idea that Blockchain technology can be an incredible powerful tool in solving some of the most challenging problems faced by society today. We are excited to lend our expertise to support Social Alpha and it's mission to enable organizations to effectively apply Blockchain technology to these problems.

Founded in 2015, Wachsman is the world's largest public relations agency focusing on the blockchain industry. From offices in New York and Dublin, Wachsman provides media relations, strategic communications, brand creation, and corporate development services to many of the most indispensable companies in the financial technology, digital currency, and crypto-asset sectors worldwide. 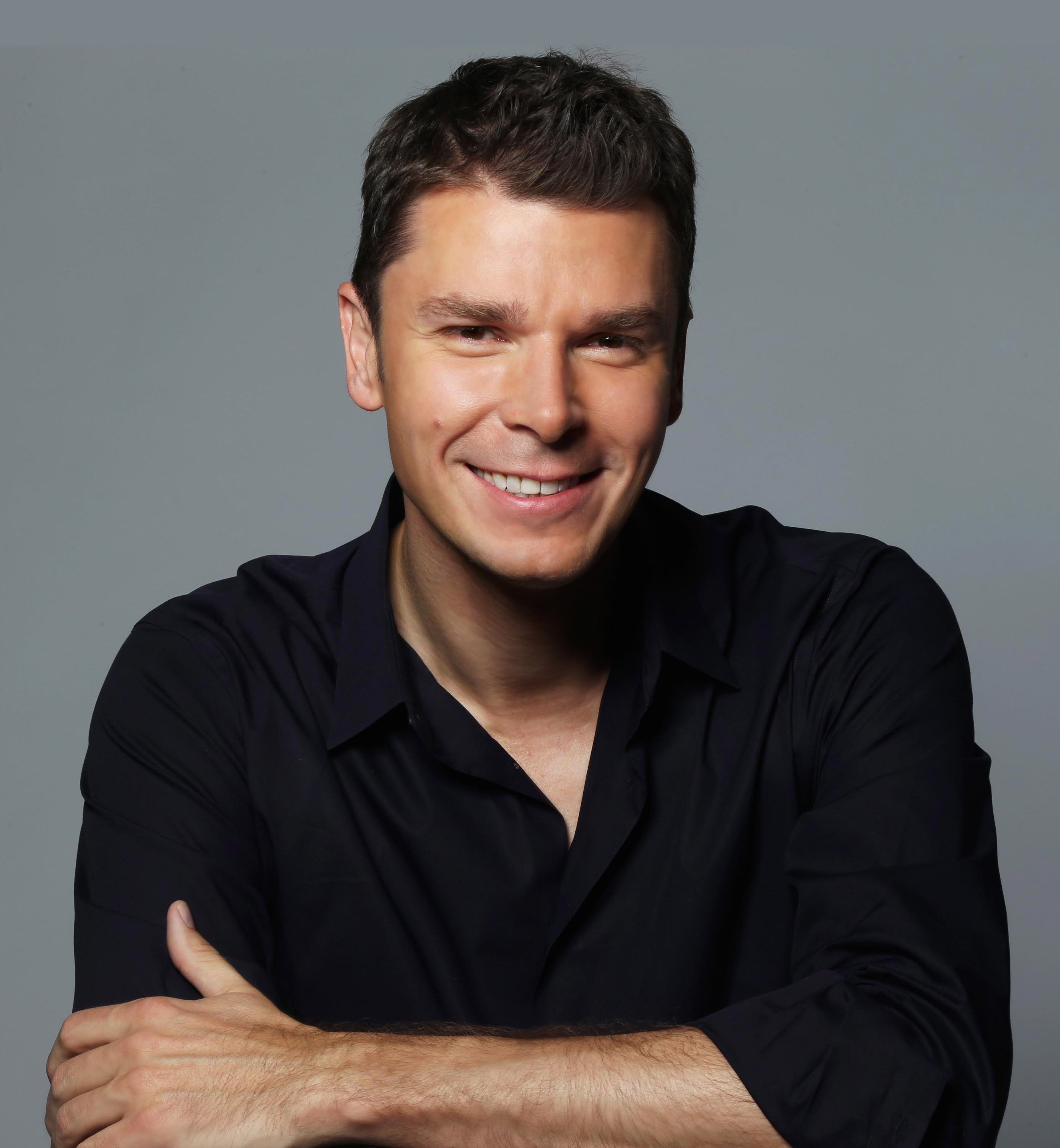 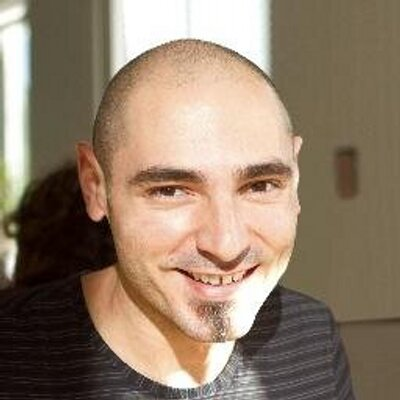 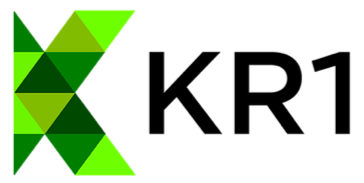